It is with the deepest of sympathy that we mourn the loss of Catherine Linda Humphreys who had a special vision some 37 years ago of creating a special place where infants and toddlers could come and get both love and leading child development practices. Almost four decades later Alpha Child Care has touched the lives of literally thousands. Catherine is as many of you know, the mother of the current President, Greg Humphreys.

To create a business that lasts that long is indeed quite a feet, but as this dedicated poem reminds us of Catherine’s love and devotion to children to have even one life breathed easier is to succeed, but thousands, well that’s a one in a million accomplishment. What a great Legacy! 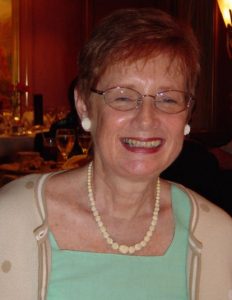 To laugh often and much;
to win the respect of intelligent people
and the affection of children;
to earn the appreciation of honest critics
and endure the betrayal of false friends;
to appreciate beauty; to find the best in others;
to leave the world a bit better,
whether by a healthy child,
a garden patch
or a redeemed social condition;
to know even one life has breathed easier
because you have lived.
This is to have succeeded.

Details of the service and donations can be found by following this link.http://www.imfunerals.com/notices/Catherine-Humphreys